find us on instagram
You are here: Home | Holidays | Christmas | Portable Minecraft by Gameband
This shop has been compensated by Collective Bias, Inc. and its advertiser. All opinions are mine alone. #GameOnTheGo #CollectiveBias 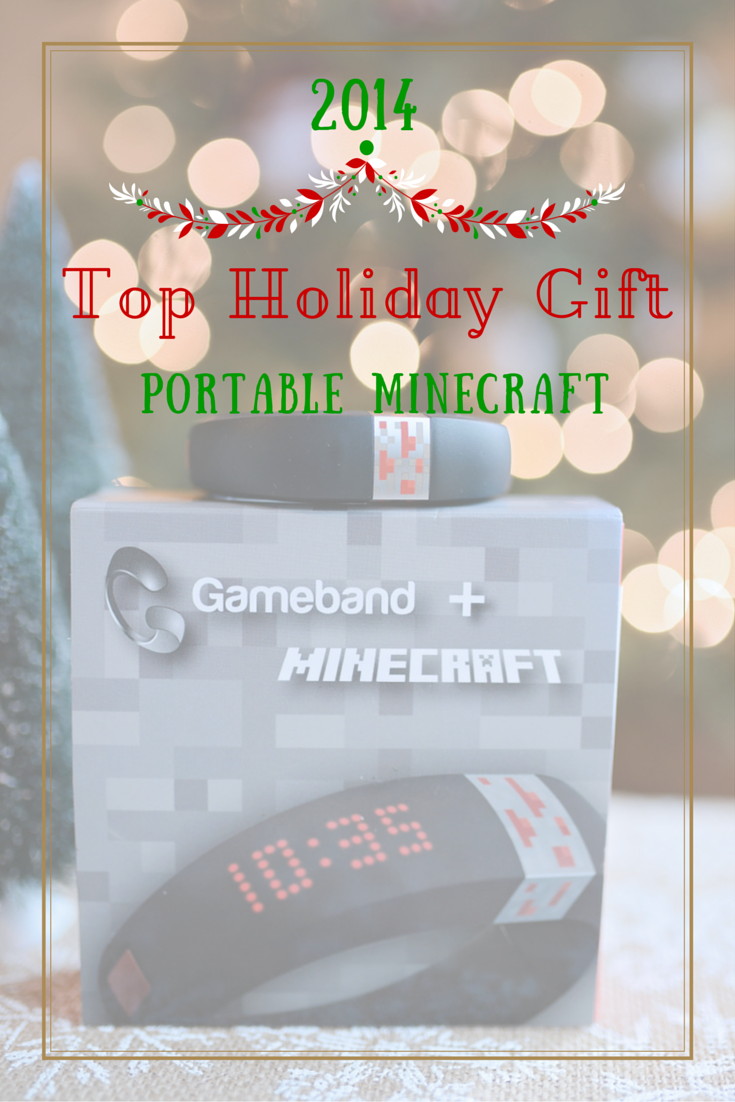 Do you have a Minecraft addict in your family? I have to say I was pretty against Minecraft until Dustyn started playing it. I could not believe the creativity he shows while playing. He is always so excited to show me what he has built on Minecraft. He would ask me take photos of the structures he has built, then send them to his Grandparents. I was excited to learn about Gameband which is owned by Now Computing and is affiliated with Minecraft. If anyone has any feedback regarding Gameband they should reach out to Now Computing. With this band Dustyn can have portable Minecraft right on his wrist.

Now he is able to take the Minecraft worlds he has worked so hard on to his Grandparents’ houses and show them what he has built, right there on their computers. Here he is at grandma and granddaddy’s house showing them the glass house he built, his pet bunny named sharknado, and the villagers.

Our Elf, Ralphie, brought the boys a few gifts from Santa when he returned this year. Carsyn got some much needed new pajamas, and Dustyn got the Gameband. He was so excited to learn that he could play Minecraft on any computer now.

Dustyn loves it because it has his name customized on it. Plus, it will show you the date and time. You can also add a sword, Minecraft face, or make your own image.

Gameband ships with PixelFurnace, this is the App that lets you customize Gameband with images, animations, and messages. You can create and then share on the PixelFurnace site. Here is what “Ralphie” customized on Dustyn’s band.

So you can see it a little better without all the movement. Ha ha! Just a side note, it doesn’t look so flashy in real life as it does on the video.

This definitely would make an awesome gift for the Minecraft fan in your life. I am sure they would love to receive this and have Portable Minecraft.

Do your kids play Minecraft?